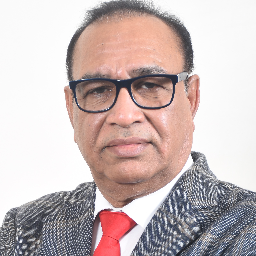 Lion Nirmal Kumar Bhura, born on 1st August, 1953 in Bikaner,Rajasthan. He has done his Master of Commerce (Business Administration) from Rajasthan University. He is happily married to Lion Shobha who looks after the family and she is the home maker. They are blessed with one daughter Vinita (MBA), married to Luv Parakh (MBA), both are working with a U.S. Multinational company DELOITTE and settled in Hyderabad and a son MJF Lion Akash Bhura (Leo District President 2017-18) married to Leo Lion Surbhi, settled in Karimganj looking after family Business.

By Profession, Lion Nirmal is an entrepreneur. After completion of his Post Graduation, he joined Birla International, Mumbai in the year 1979 as a Commercial Manager. In the year 1984, he moved to Karimganj, Assam and started his own Business of Building materials, in the name of AJAY TRADERS. Today he has diversified his business in Tata Tiscon and Tata Shakti Products, Ceramics and Cement etc.

Lion Nirmal is also a recipient of “SAMAJ GAURAV AWARD” in the Pravasi Rajasthani Sammelan,2017 at Science City Surat.He is always philanthropic, played crucial role in the construction of JAIN MANDIR in Karimganj. He is a music lover and always a keen learner.